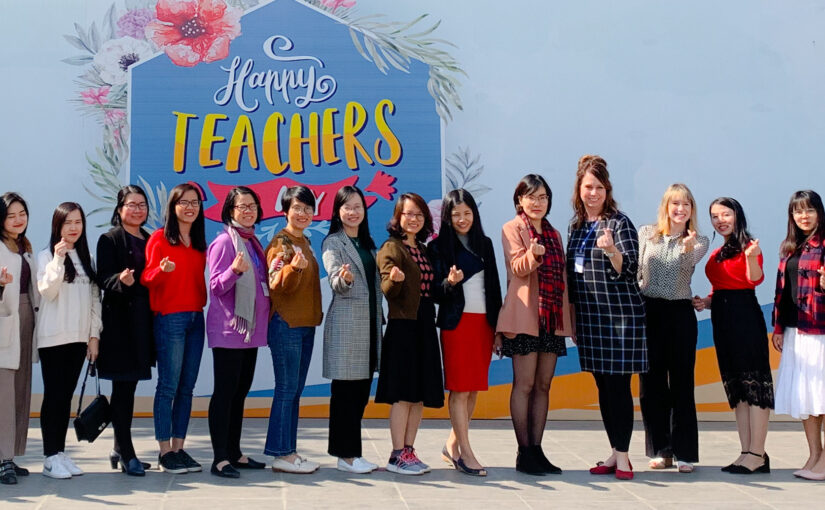 “I was a problematic student.”

I am listening to a new teacher tell a story. The story is being translated in real-time from Vietnamese to English. I could write an entire post on the brilliance and poetry of the two young women who translated this conference for us, but I’ll save that for another day.

Despite being 8,000 miles from the classrooms I usually call home, the story the teacher is telling us is a familiar narrative.

He courageously shares the following story: He was in trouble a lot in school. Classes didn’t click for him. His teachers didn’t expect much out of him.

And then…he met a critical teacher.

In his case, it was a tutor. The tutor saw something in him and told him so. She believed he was capable of important and interesting work and helped him believe in himself.

Now he is doing the same for other kids. In fact, this is why he became a teacher.

In my last book, I wrote about how a critical person can change the trajectory of a child’s life.

A critical person can be anyone who sees your child not only for who they are right now, but also for who they might become. In the book I call these people the “love and high-expectations warriors at your children’s schools.”

No matter where you go, showing up for one another causes ripples in our narratives.  During our trip to Vietnam, there were moments when I was uncertain and vulnerable.  These moments were met, not with judgment, but with compassion; I think about the smiles, encouragement and hot cups of coffee and tea shared.

Let’s make schools places where we show up for each other with the same compassion. Most of us have been fortunate enough to experience the positive impact of a love and high-expectations warrior.

When I meet with educators or aspiring educators, I often ask them to tell me about the teacher who had the greatest impact on them. Almost without fail, they tell a story similar to the one I heard in Hanoi. They talk about a teacher who saw something in them that no one else had. They talk about a teacher who believed they were capable of things they didn’t know they could do and then who helped them accomplish those things.

As we approach the new year, we have a renewed opportunity to commit to being the love and high-expectations warriors our students need. Are there young people in your buildings who think they are “problematic,” who aren’t being held to high expectations, whose stories are assumed but not known? Think about how many years that new teacher had to wait for the critical person who saw him and changed his trajectory. Let’s don’t let kids wait for years to be seen.

And as we show up for students, let’s also show up for each other just as my new friends in Vietnam did for me.

Sending compassion and strength to my colleagues across the hall and also across the ocean.